My Mother is from Mexico 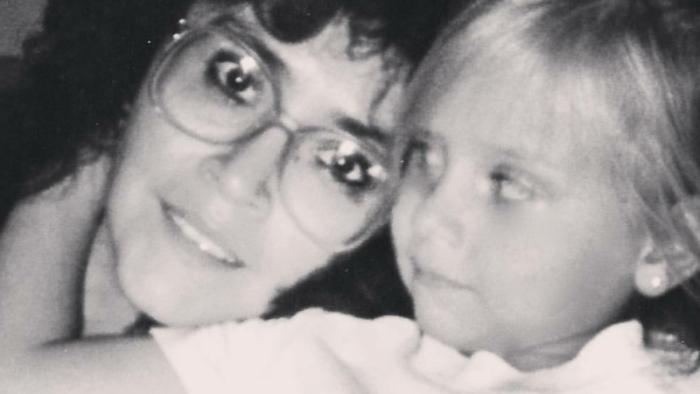 My mother is from Mexico. That’s the response to the inevitable question posed by anyone who gets to know me.

The question comes in different packages depending on the person asking. “How did you learn Spanish?” “Where are you from?” “What are you?” “Why do you have a Mexican flag hanging from your rear-view mirror?”

But across the board, the reaction was normally either surprise or confusion.

So, for those who don’t know me: I LOOK white. And, depending on who you ask, I AM white.

I also happen to have a Mexican mother (who recently naturalized!) and a U.S. American father.  I happened to have been born in the United States I happened to have lived in Mexico throughout significant and scattered moments in my life.*

Somewhere along the social construction of the concept of race in the United States, a nationality (Mexican) was conflated with an ethnicity (Latino/Hispanic) and sometimes even a race (brown).
However, for me: whether I’m white passing or actually white are really just spaces that I navigate between rather than existential questions I ask myself.

So to sidestep that issue, my default answer would focus on my mother rather than on me. Also, I felt that being white passing in a way erased my Mexicanness and thereby my mother. However, being white passing/white certainly shaped how I think about race.

An added element was my environment and locations. I grew up in southern Alabama. I even attended a Brown v. Board of Education legacy school still under court mandate to integrate blacks and whites.

But I was neither black nor white, (ok, maybe white-ish).

Because of this, my perception of race came from a kind of peripheral position. An outsider. A foreigner. I realized early on that my mom looked —and was treated— very different than me.

In school, I was friends with mostly international students and fellow children of immigrants. But because of my mixed-race and white appearance positionality, I was also close to a lot of white U.S. Americans.

Being on the side lines yet somehow on Team Hegemony meant that I was able to see first-hand the privilege that came with my whiteness and, in consequence, the unfairness of it to my family and friends.

I think this led me to have such an interest in social sciences, especially topics such as race, identity, equality, migration, justice, and interculturalism.

Progress is slow since my childhood. Fortunately, the U.S. view of race has evolved since that time and my whiteness and Mexicanness don’t seem to confuse people as often anymore.

So now when I answer “my mother is Mexican” I see a sense of relief in my clients, a sense of commonality among peers, a sense of understanding among the immigrant community, and for me a sense of strength in my passion.

*For those interested in the notion of being neither from here nor from there, I recommend the work of Nina Glick Schiller on “transmigrants.” In contrast to the adage ni de aquí ni de allá, Schiller contends that transmigrants are actually from both places simultaneously.

Tags:
Categories:
We Are MIRC