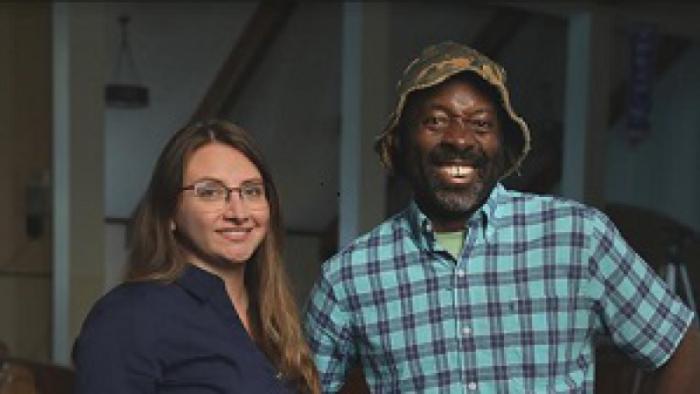 I joined the Michigan Immigrant Rights Center in March of this year as part of their newest program to expand legal services to the Detroit Metro area. The past six months have been filled with challenges and lessons learned. However, the past few weeks alone have been especially challenging with the case of Francis Anwana.

Many are familiar with his story by now. Francis was born deaf in Nigeria. He was completely unable to communicate up until he was thirteen years old and came to the U.S. on a student visa to study American Sign Language (ASL). Because he overstayed his visa, he was ultimately put in deportation proceedings and has been checking in with ICE for the past decade. In September, ICE suddenly gave Francis five days to return to Nigeria. His advocates immediately went into action to prevent that from happening.

The first time I met Francis, we were alone in a room waiting for an interpreter. He flashed his signature smile and I smiled back. He then signed something to me and I awkwardly tried to signal my lack of understanding. He chuckled and took my hand with his and with the other began signing. An ASL speaker came into the room and let me know he was signing “work?” The question was if I was there working. I then, through the interpreter, explained my role. Every time I would see Francis, he would smile at me and sign and every time I would clumsily sign whatever I had just learned. Through him, I’ve learned how to sign “hearing,” “thank you,” “yes,” “no,” “Francis” and “T” for Tania.

Thanks to the help of many advocates, friends, journalists, co-workers, and countless others, Francis will be able to stay in the U.S. for another year while we continue to fight for him to have legal status. Currently, there is a private bill that, if passed, would allow Francis to be a lawful permanent resident.  I urge any supporters to call your reps to support Rep. Dan Kildee's Bill to make Francis a lawful permanent resident. It is H.R. 6829: For the relief of Francis Anwana.

The last time I saw Francis and told him the most recent news about him staying for a year, I learned how to sign “celebrate.” The battle continues and I’m hopeful that by the end of this I’ll learn how to sign “citizen.”